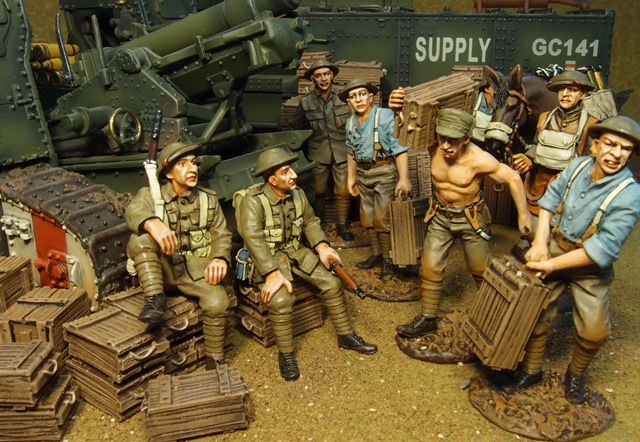 2. "It's a shame we spent all that money on a gym for the platoon and only 1 guy is using it".

3."Every time somebody even whispers the word "Armistice" around here everyone packs up and heads for home."

4.Seageant major, "whats this then Putin my lad…you are meant to be on the eastern front"

5."Sarge, we warned you last night about playing poker with the gunners.
They not only took your last Quid but it looks like they got your shirt too."

"Come on Johnson, you can lift it. That's it....put your heart into it, soldier!
Don't let Mc Millan here do all this work"!

"It is a little known fact that there was a second Boxer Rebellion in 1917."

"Well Joe, I don't know why we waited so long to form a union".

"I know it’s called a package tour, but how many packages do they need!"

"I hate to be the bearer of bad news but working through your lunch break will NOT make the war end any sooner."
"I hope this is The War To End All Wars because I'm getting exhausted just watching them prepare for it."

"Heh Muscles! You can put your shirt back on. The Nurses have all gone home and the Mules aren't impressed"

"These guys in supply really got it made"

"The Chippendales' had got their dates mixed up."

"Well it was All Quiet on the Western Front until these guys woke me up".

“Get your f…g shirt on Gunner Jenkins, this is the first world war not gay pride week!”

“ I know we're in France, but it’s not exactly St Tropez is it?”

“He's going to be disappointed at Church Parade...No shirt, No service!”