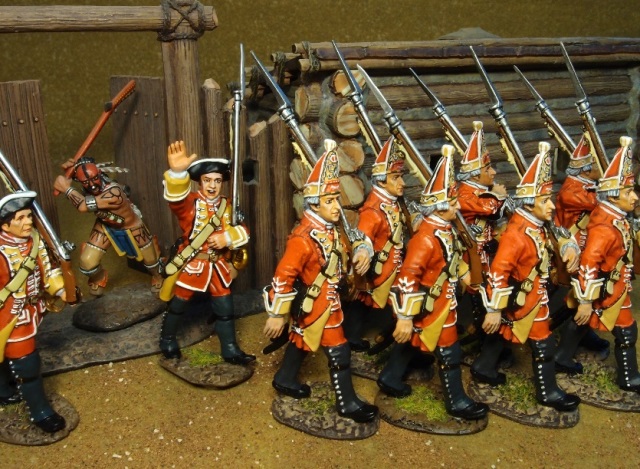 1."Hi, mom and dad. Wait till you meet my new best friend from summer camp".

2."Private Jenkins was usually a reliable sentry but he just couldn’t resist a parade."

4.""You’re welcome to see the new clubhouse" had lost something in the translation."

5."All Clear!, No hostilities around here"

"Got any Nurofen? I think I’m GOING to need a couple!"

"A cunning plan…… Baldrick was well and truly……. Stuck to the door……"

"The 44th Regimental Glee Club & Marching Society heads for home after their final engagement of the year, entertaining a gathering of Iroquois Warriors encamped in an abandoned fort along the Monongahela River. At the conclusion of their performance they were enthusiastically greeted with open arms and other weapons."

"The first known "hit and run" on American soil"

"Hey everyone, we're back. Great news…..no Indians around for miles. You can all relax"!