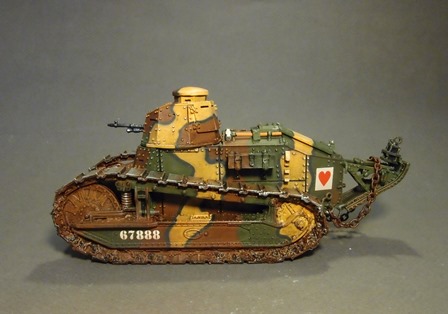 The Renault FT,
was a French light tank that was among the most revolutionary
and influential tank designs in history.
The FT was the first production tank to have its armament within
a fully rotating turret. The Renault FT's configuration – crew compartment at the front,
engine compartment at the back,
and main armament in a revolving turret – became and remains the standard tank layout.
Over 3,000 Renault FT tanks were manufactured by French industry, most of them during the year 1918.

The original one piece cast turret,
had many problems, mainly in that it only permitted a Hotchkiss machine gun to be mounted.
Research led to the design of what was to be known as the "Omnibus".
This turret allowed for mounting either the Puteaux cannon
or the Hotchkiss machine gun.
This turret was assembled of flat steel plates screwed to a
frame and was shaped like an octagonal prism that narrowed towards the top. 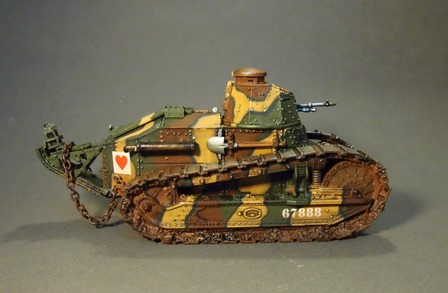 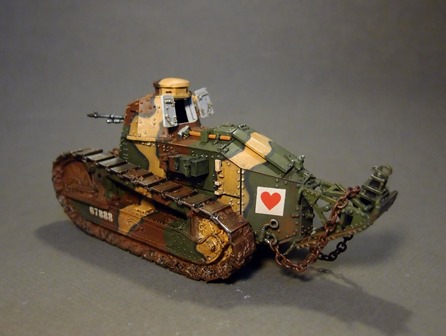