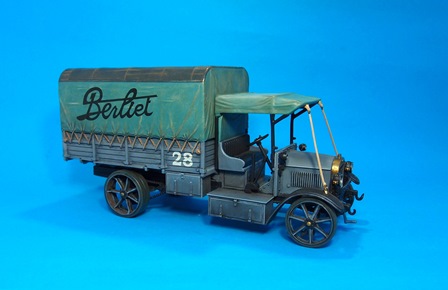 
Berliet was a French manufacturer of automobiles,
buses, trucks and other utility vehicles,
based in Vénissieux, outside of Lyon, France.

The Berliet CBA was one of the most important vehicles of WW1,
it has been described as a Great War equivalent to the GMC,
GAZ AA or Opel Blitz of WW2.

The Company that made the CBA Truck started in 1894
when Marius Berliet started experimenting with gasoline engines and built their first, primitive car.
In 1906, Berliet's introduced their first real commercial truck,
a chain-drive 2-tonne cab-over-engine machine,
When WW1 started Berliet had just added a new 6-tonne truck to their range,
this was the Berliet CBA.

The Berliet CBA followed the rather modern earlier designs of the Company,
in that it featured a four-cylinder gasoline engine
(25 HP, with a honeycomb radiator) with a chain drive, and steel chassis frame, instead of wood.
It had a four-speed gearbox,
solid rubber tires and a bumper in front of the radiator.
It could carry some 3.5 tons and had a maximum speed of 30km/h.
Berliet offered the CBA to the Army, who accepted it as a standard truck.
It soon proved to be a very reliable and functional vehicle,
and was to play a major part in the endless truck convoys
on the "Sacred Road" which supplied the French forces fighting the Battle of Verdun in 1916.

The success of the CBA was not just due to the performance of the vehicle,
but just as much to the fact that the firm of Berliet
was such a modern and effective manufacturer.
In 1915 Berliet set up the World's first real Assembly Belt-type of production line.
This led both to the price per unit being lowered,
for the first time making motor transport as cheap as horse transport,
and the production rate being very high - every day 40 new CBAs rolled out of the factory.
At the end of the war 25,000 trucks had been delivered to the armed services.
The Berliet CBA was to be used all through the 20s and 30s
and during the first years of WW2. 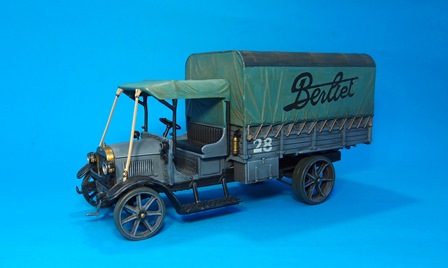 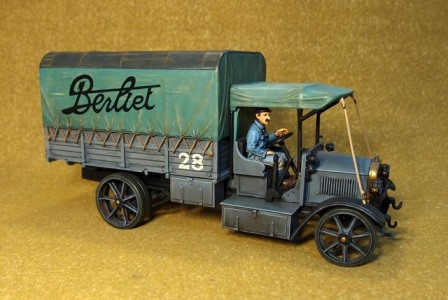