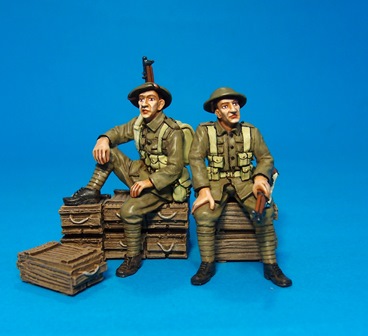 
The 58th (2/1st London) Division was an infantry division of the British Army,
which was active in World War I.

The Division arrived in France in July 1917,
and took part in many of the major battles,including The Battle of Bullecourt 1917,
The Second Battle of Passchendaele 1917, The Somme 1918, and Battle of Amiens 1918.
They were to serve in France and Flanders until the Armistice, when it was disbanded.

During WW2 the 58th Division was recreated, as an imaginary 'deception' formation.
The division was 'reformed' as a 'phantom division' created as part of
'Operation Fortitude North' as a replacement for the British 3rd Infantry Division
which was going south to take part in a D-Day rehearsal.
Unlike other 'phantom divisions' the 58ths number was chosen on the basis of Ultra reports that showed
the Germans believed a 58th Infantry Division existed in the vicinity of Windsor.