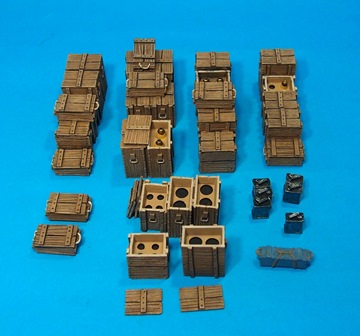 
On the night of the 6th August 1918,
17 tanks were moved to the orchard which lay on the northern outskirts of the town of Villes-Betonneux.
These were the new Mark I Supply tanks,
and on this occasion were to operate with the infantry ,
as they were all loaded with infantry supplies.
During the afternoon of the 7th,
a column of flame and smoke was seen to shoot skywards from the heart of the orchard.
German shell fire which had up to then been,
indiscriminatingly bombarding the town and surrounding countryside,
focused its attention on the orchard.
By the time help had arrived, several tanks had either exploded or had burst into flame.

"Within a very short space of time a party of officers and men were on the scene
to give what help was possible in saving the tanks still remaining.
But the sight presented to their gaze was sufficient to daunt even the most courageous.
Several tanks were burning fiercely,
as their petrol tanks having being pierced and the contents set alight.
In all directions loads of bombs were exploding with loud reports.
At any moment the gun cotton charges carried on each tank for demolition purposes might catch,
and from overhead fell a torrent of shrapnel and high explosives.
One more tank exploded and the party dropped in the ditch behind the orchard hedge while tons of metal
were hurled high in the air and the cargo of bursting bombs whistled past their heads.
The heat from exploding and burning tanks bunt black the hedge before them,
but there still remained several tanks untouched and into the heat of this luid inferno dashed the rescue party.

Fourteen tanks were completely destroyed on this memorable afternoon,
and the hope which had run high among the officers and men that the company
would make history during the coming operations faded away.
The remaining tanks,
however, were to adhere to the original arrangements and their crews
were the envy of those whose tanks were now a thing of the past."

Extracts from "TANKS AND TRENCHES" Edited by David Fletcher. 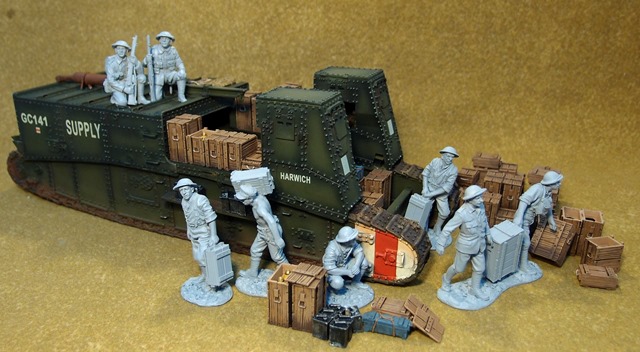