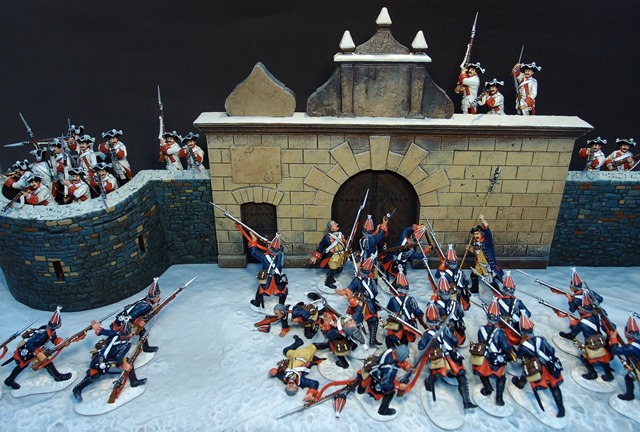 The Battle of Leuthen, fought on 5 December 1757, Frederick the Great's Prussian army used maneuver
and terrain to decisively defeat a much larger Austrian army under Charles of Lorraine,
thus ensuring Prussian control of Silesia during the Seven Years' War.