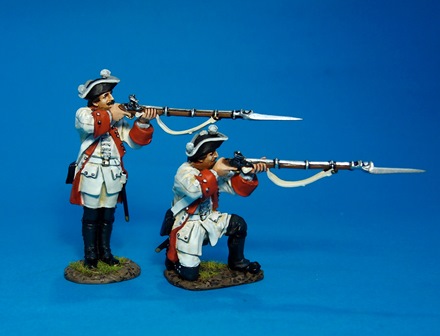 On December 5th 1757, at the Battle of Leuthen,
one battalion of the Regiment was deployed in Haller's brigade,
in the second line of the Austrian left wing.
The regiment was to lose 24 officers and 755 men killed
or captured during its valiant defence of the churchyard in Leuthen.