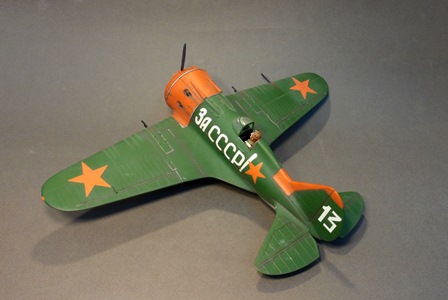 
The Polikarpov I-16 was a Soviet fighter aircraft of revolutionary design.
It was the world's first low-wing cantilever monoplane fighter with retractable landing gear
to have attained operational status and as such introduced a new vogue in fighter design.

Introduced in the 1930's it formed the backbone of the Soviet Air Force at the beginning of World War 2.
It was nicknamed "Ishak" ("Donkey") by Soviet pilots.


**Please note this model is designed to fit the flight stands**