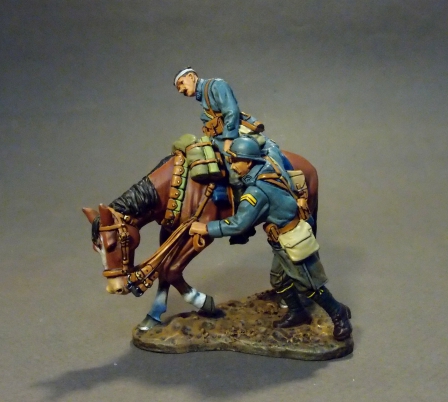 France had 40 million citizens at the start of the war;
six in ten men between the ages of eighteen and twenty-eight died or were permanently maimed.

The use of horses in World War I marked a transitional period in the evolution of armed conflict.
Cavalry units were initially considered essential offensive elements of a military force,
but over the course of the war,
the vulnerability of horses to modern machine gun and artillery fire reduced their utility on the battlefield.
This paralleled the development of tanks,
which would ultimately replace cavalry in shock tactics.
While the perceived value of the horse in war changed dramatically,
horses still played a significant role throughout the war.