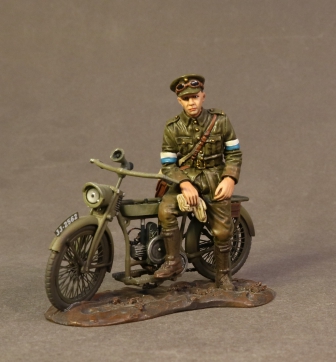 A despatch rider (or dispatch) is a military messenger,
mounted on horse or motorcycle (and occasionally in Egypt during World War I,
on camels

Despatch riders were used by armed forces to deliver
urgent orders and messages between headquarters and military units.
They had a vital role at a time when telecommunications were limited and insecure.
They were also used to deliver carrier pigeons.