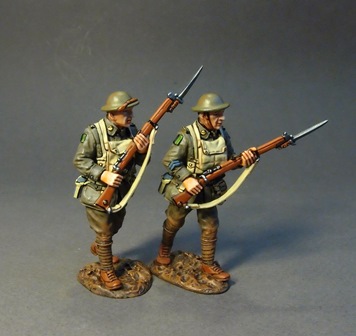 This Battalion was later to become known as the "West Sydney Regiment"
and its unit colour patch was Black and green.
Their first involvement in fighting on the western front,
was also at the Battle of Fromelles in July 1916.
The battalion took part in the first stages of the allied attack and suffered over 600 casualties,
a total which equated around a third of their total casualties for the whole war.

The 53rd battalion was not initially involved at the start of the "Hundred Days Offensive",
but later were committed to the fighting during the Battle of Mont Saint-Quentin.
For his actions during the fighting,
Private William Currey was later to be awarded the Victoria Cross.