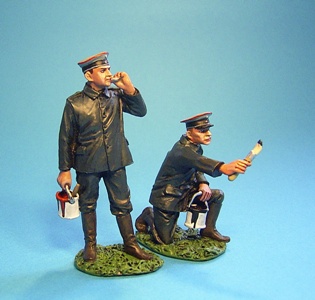 During WW1 Germany changed the "style" of
the Iron Cross no less than 5 times.
In the short lifespan of planes and pilots
it becomes a very usefull tool in identifying when photographs were taken.
At mobilization on 1 August 1914, Idflieg instructed the Feld Flieger Abteilungen,
(Field Flying Detachments) to paint a black straight sided cross
at the mid-point of the wing panels on both sides of the wings and on both sides of the rudder.

The Idflieg (Inspektion der Fliegertruppen - " Inspectorate of Flying Troops")
was the bureau of the German Empire that oversaw German military
aviation prior to and during World War I.

A telegram was sent to the aircraft manufacturers,
instructing them to paint curve style Iron Crosses
in the appropriate places on the wings and rudder.
The serial number was to be moved to the fin or fuselage sides. The Idflieg directive,
was without specific dimensions or form,
each factory came up with their own curve style cross form.
At this time all military vehicles,
including aircraft were painted Field Grey
. Because of the lack of contrast,
between the Field Grey wings and rudder, and the black cross, the Idflieg ordered,
sometime in September or October 1914,
that a square white field be painted surrounding
the black crosses on both sides of the wing panels and rudder.

On 20 March 1918,
the Idfleig sent out telegram Order 41390 which directed that
all aircraft crosses would be the straight cross with a 15 cm white border surrounding black cross.
This was the introduction of the Balken (beam) style cross.
The proportions of the cross was not given.
But, this was corrected by a second set of instructions after several calls and telegrams.
The directive stated the rudder was to be painted white
with the black beam cross painted on the white rudder.
These changes in the crosses were to be carried out no later than 15 April 1918.

The cross form made by the Jasta personnel
in the field varied all over the place.
Most just drew straight lines fom the tips
of the arms resulting in very fat crosses with a ratio of 1:2.5 and some 1:3.

The final change in the German national markings
was on 25 June 1918 when a directive was sent by
telegram to all units and manufacturers to change the height to wide ratio from 5:4 to 1:1,
the lengths of the vertical and horizontal bars were to be equal lengths.
For example the upper wing cross on a Fokker D.VII
would be changed from 1600 x 1280 to 1600 x1600 mm,
the bar would be 200 mm wide and the white border 50 mm wide.

There were no further changes
to the German national markings to the end of the war. 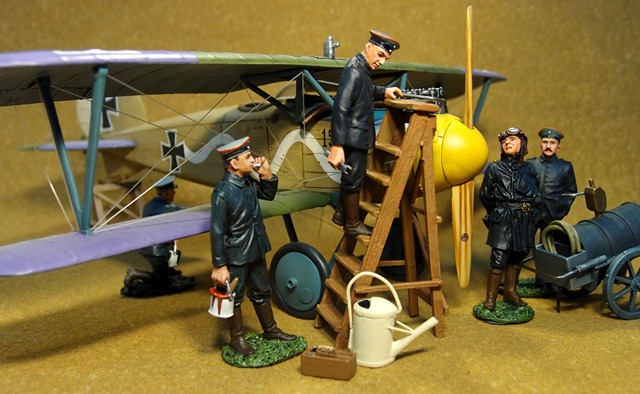