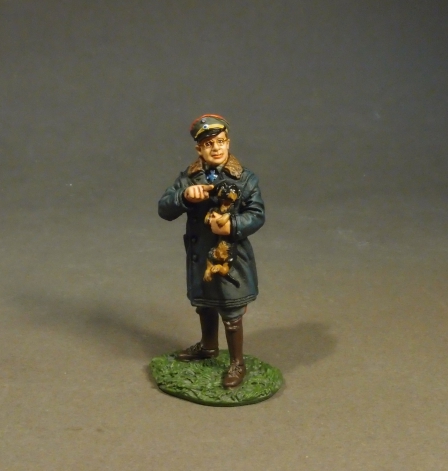 
Otto Kissenberth (26 February 1893 – 2 August 1919)
was a German flying ace of World War I credited with 20 aerial victories.
He was a prewar mechanical engineer who joined the German air service in 1914.
After being trained and after serving as a reconnaissance pilot,
he became one of the first German fighter pilots,
flying with Kampfeinsitzerkommando (Combat Single-Seater Command) KEK Einsisheim.
He scored six victories with this unit as it morphed into a fighter squadron, Jagdstaffel 16.

His success brought him command of Jagdstaffel 23 on 4 August 1917.
He would run his victory tally to 20,
downing his final victim using a captured British Sopwith Camel on 20 May 1918.
Nine days later, a crash while flying the Camel ended Kissenberth's combat career.
His injuries were severe enough he was not returned to combat,
instead being assigned to command Schleissheim's flying school.
Although Otto Kissenberth survived the war,
he died soon after in a mountaineering accident on 2 August 1919.