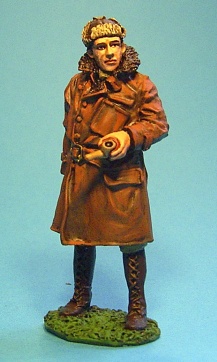 Mannock went into combat on the Western Front
on three separate combat tours.
Although initially a social misfit suspected of cowardice
in his first assignment to 40 Squadron,
he began to accumulate victories.
He took on the highly hazardous task
of balloon busting for his first aerial victory,
and by dogged concentration on his gunnery skills
tallied 15 victories by the end of his first combat tour.

After two months back in England,
he returned to France as a Flight Commander in the fledgling 74 Squadron.
He amassed 36 more victories between 12 April and 17 June 1918.

He was one of the world's first theorists of aviation tactics,
and was renowned for his prudent but aggressive leadership in the air.
By the time he rose to command of 85 Squadron,
his subordinates boasted that he never lost a wingman.

Mannock won the Military Cross twice,
was one of the rare three-time winners of the Distinguished Service Order,
and would be posthumously awarded the Victoria Cross.
He is regarded as one of the greatest fighter pilots of the war. 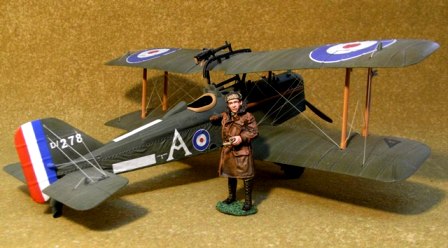