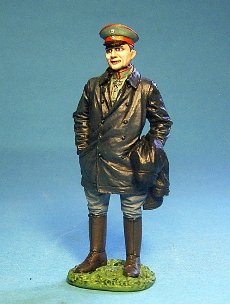 was one of Germany's leading air aces of the First World War,
with 48 enemy aircraft and observation balloon 'kills' to his credit.

Born on 15 May 1894 in the Rhineland,
Jacobs' interest in aircraft technology
led him to enrol in flight school at the age of 18 in 1912.
Thus, when war broke out in Europe two years later
he promptly signed up with the German Army's air service,
receiving a posting to FEA9 for training as a military pilot.

Having duly completed his military training
Jacobs served for a year
as a long-range reconnaissance pilot over Allied lines until,
in 1916, he was posted to Fokker Staffel West,
flying (as the name implies) Fokker E IIIs
(he eventually became a leading exponent of Fokker Triplanes).
His first 'kill', a French Caudron, was downed in February 1916
but remained unconfirmed for lack of an independent witness.

In October 1916
Jacobs was attached to Jasta 22 at the request of its commander,
Erich Honemanns, an old friend,
where he initially taught as an instructor until January 1917.
In June that year he assumed command of Fighter Squadron 7.
After reaching 24 victories Jacobs was awarded the prestigious Pour le Merite;
With his aircraft painted black,
Jacobs' remained instantly recognisable to enemy Allied airmen.
His total for the war eventually reached 48 aircraft and balloons.
After the armistice Jacobs continued
to serve in the Baltic against communist forces. 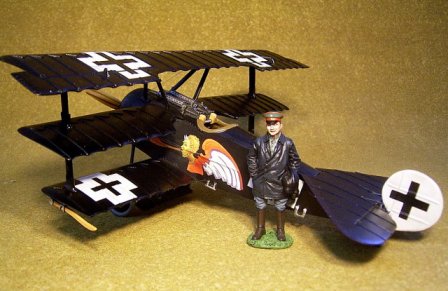 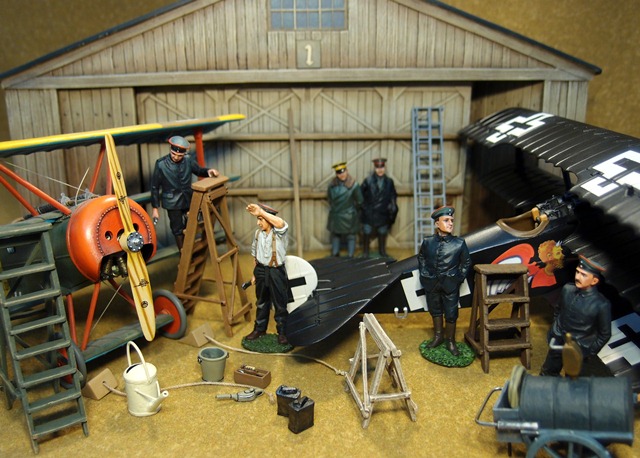