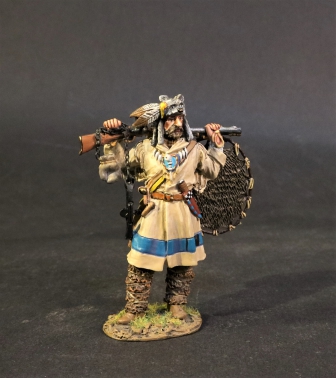 A mountain man was an explorer who lived in the wilderness.
They were instrumental in opening up the various Emigrant Trails
(widened into wagon roads) allowing Americans in the east to settle the new territories of the far west
by organized‚ wagon trains traveling over roads explored and in many cases,
physically improved by the mountain men and the big fur companies originally to serve the mule train based inland fur trade.