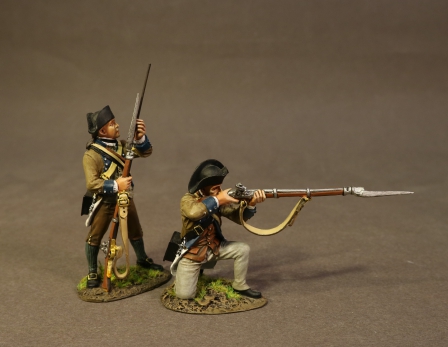 The Battle of Saratoga 1777,
Assault on the Breymann Redoubt, 7th October 1777