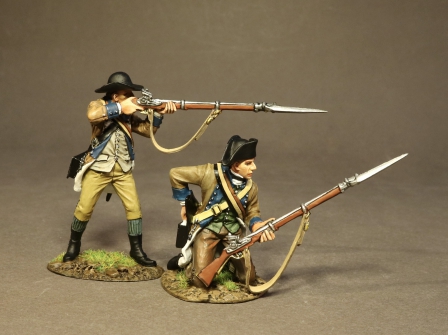 TheÂ 2nd New York Regiment was authorized on May 25, 1775,
and formed at Albany from June 28 to August 4
for service with the Continental Army under the command of Colonel Goose Van Schaick.
This was one of four regiments raised by the Province of New York
in the early summer of 1775, for the Continental service.
The four New York regiments were brigaded under Brigadier General Montgomery.
Each regiment had a different coloured uniform coat.