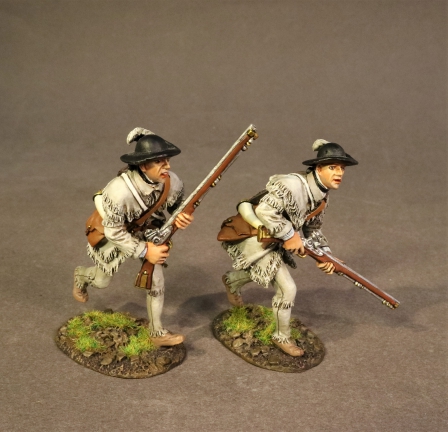 
The German mercenaries were firing steadily from their redoubt.
From the rear came the crack of rifles.
A general mounted and, his sword flashing,
led the riflemen into the redoubt. German resistance collapsed.
The Battle of Saratoga was over.
The day was Oct. 7th, 1777. Twelve days later,
"Gentleman Johnny" Burgoyne, the gifted,
courageous British commander,
surrendered to the American general, Horatio Gates.
Thus ended the most ambitious and dangerous offensive
launched by Britain in the Revolution.
The attack on the redoubt was the last of a series of actions
that constituted the Battle of Saratoga,
considered the turning point of the Revolution.