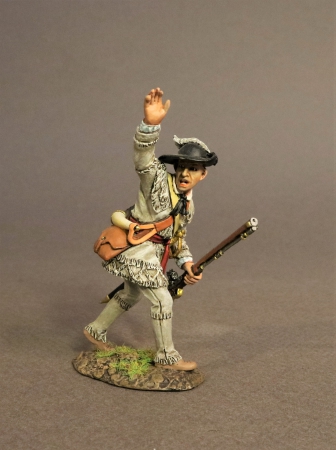 
Morgan's Riflemen or Morgan's Rifles,
were an elite light infantry unit Commanded by General Daniel Morgan in the American Revolutionary War.
It served a vital role,
because it was equipped with what was then the cutting-edge rifle instead of muskets,
allowing superior accuracy at up to ten times the distance of the typical muskets of the troops of the day.

The Riflemen proved pivotal in several engagements,
and helped turn the main battle by attacking from the right flank,
which was instrumental in taking the Breymann Redoubt.