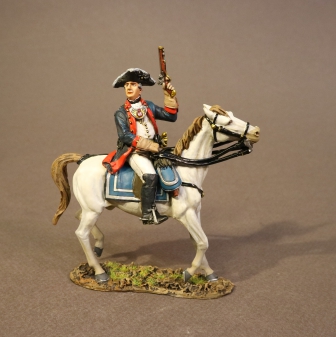 Heinrich von Breymann (died 1777)
was a German Brunswick-Wolfenbüttel lieutenant colonel
who fought as an officer in the service of Great Britain during the American Revolutionary War.
He was commander of the Breymann Grenadiers,
a Brunswick battalion hired into British service,
and served under the command of John Burgoyne.
During the Battles of Saratoga,
Breymann's unit was driven behind a redoubt,
where he grew frustrated at the poor performance of his men,
allegedly attacking four with his saber.
It is possible that he was killed by "friendly fire".