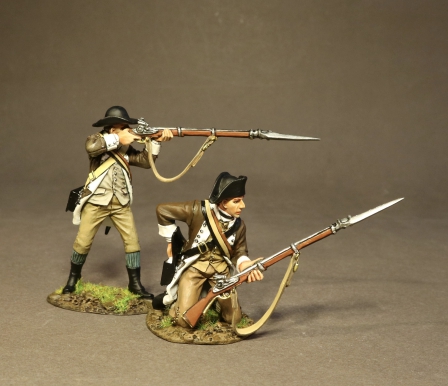 The uniform of the battalion companies until 1779,
was brown faced with white.
After that date the facings were changed to red.
v In August 1777,
the regiment was assigned to Benedict Arnold
on his expedition in relief of the Siege of Fort Stanwix.
It then saw service in both Battles of Saratoga as part of Ebenezer_Learned's brigade.