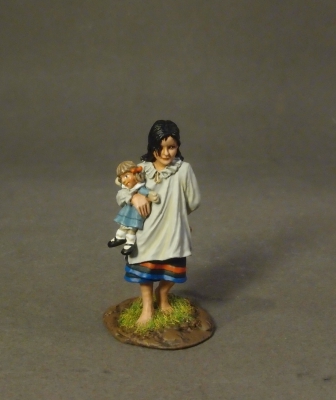 In the British Army, motorcycle despatch riders
were first used in the World War I by the Royal Engineers Signal Service.
When the War Department called for motorcyclists to volunteer
with their machines for despatch work at the start of August 1914,
the response was huge.

Captive-taking by Native Americans was surprisingly common in Colonial times.
It was also common for captives to choose their Native communities
over their Colonial families.
This puzzled the European Americans.

They came to America believing that conversion would be easy once Natives saw the superiority of the Europeans’
religion, clothing, agriculture, dwellings,
and every comfort known so far to man.
Yet there were very few Indians who converted to English culture,
while large numbers of English chose to become Indian.
Even Benjamin Franklin pondered,

“When an Indian child has been brought up among us,
taught our language and habituated to our customs,
yet if he goes to see his relations and makes one Indian ramble with them,
there is no persuading him ever to return.
[But] when white persons of either sex have been taken prisoners young by the Indians,
and lived a while among them,
tho’ ransomed by their friends,
and treated with all imaginable tenderness
to prevail with them to stay among the English,
yet in a short time they become disgusted with our manner of life,
and the care and pains that are necessary to support it,
and take the first good opportunity of escaping again into the woods,
from whence there is no reclaiming them.” Amongst the many who were captured was Mary Jemison.
Mary Jemison was born on the ship that brought her Irish parents,
brothers and sisters to America in 1743.
A few years later her family moved from Philadelphia
to a homestead on the Pennsylvania frontier.
The family toiled on the edge of civilization
transforming the wilderness to cultivated soil.
Each new day brought with it the fear of attack by wild beast or hostile indian.

Those fears became a reality on the morning of a spring day in 1758.
The British colonies were engulfed in a war against the French.
On that spring morning in 1758 a small raiding party
made up of French and Indians swooped down
on the frontier settlement capturing a number of British colonists
including Mary Jemison and most of her family.
From that day until her death 78 years later,
she was never to leave the Indian culture.
Her story of her capture and life amongst the Seneca was first published in 1824.