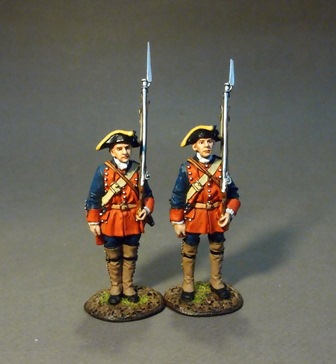 The Jersey Blues were raisd in 1755,
by the New Jersey provincial government.
It was originally composed of five companies,
and was sent to the northern frontier,
to guard it against the French.
They were known as the "Jersey Blues",
partly from the blue coats of the regiment,
and partly from the similarlity of the uniform to that New Jersey used in the war of Jenkin's Ear.

On April 4 1758,
the General Assembly of New Jersey voted to increase the regiment to
a strength of 1,000 officers and men, including 100 grenadiers.

** PLEASE NOTE THESE FIGURES WOULD BE SUITABLE FOR THE BATTLE OF FORT CARILLON,
TICONDEROGA, 8th July 1758** 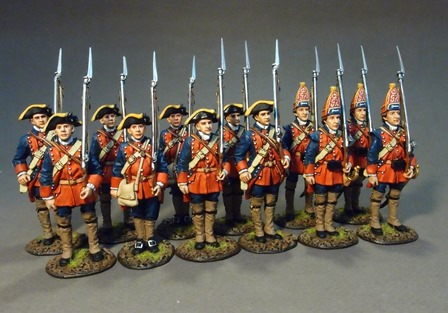