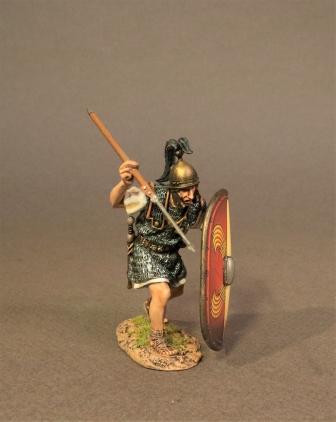 
The Roman Republic was the era of classical Roman civilization
beginning with the overthrow of the Roman Kingdom,
traditionally dated to 509 BC, and ending in 27 BC with the establishment of the Roman Empire.
It was during this period that Rome's control expanded from
the city's immediate surroundings to hegemony over the entire Mediterranean world.

THE ROMAN ARMY OF THE LATE REPUBLIC