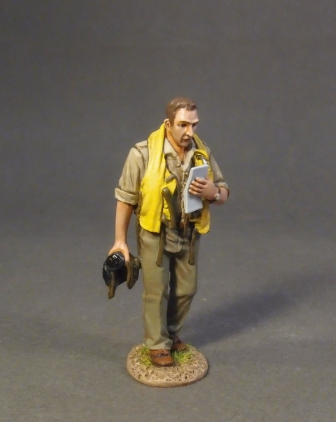 
Robert Henry Maxwell (Bobby) Gibbes, DSO, DFC & Bar, OAM
(6 May 1916 – 11 April 2007)
was a leading Australian fighter ace of World War II,
and the longest-serving wartime commanding officer of No.
3 Squadron RAAF. He was officially credited with 10¼ aerial victories,
although his score is often reported as 12, including two shared.
Gibbes was also credited with five aircraft probably destroyed,
and a further 16 damaged.
He commanded No. 3 Squadron in North Africa from February 1942 to April 1943,
apart from a brief period when he was injured.

Born in rural New South Wales,
Gibbes worked as a jackaroo and salesman before
joining the Royal Australian Air Force in February 1940.
Posted to the Middle East in April 1941,
he flew with No. 3 Squadron in the Syria–Lebanon Campaign,
and became commanding officer during the Western Desert Campaign,
where his leadership and fighting skills earned him the Distinguished Service Order
and the Distinguished Flying Cross and Bar.
Subsequently posted to the South West Pacific,
he served with No.
80 Wing of the Australian First Tactical Air Force,
and took part in the "Morotai Mutiny" of April 1945.
After the war he spent many years in New Guinea developing local industry,
for which he was awarded the Medal of the Order of Australia in 2004.
He continued to fly until the age of 85,
and died five years later in 2007.