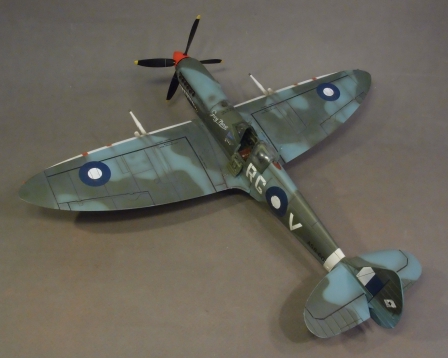 
The squadron saw combat against both Nazi Germany
and the Empire of Japan during the war.
From March to May 1942 it was based in southern England
and flew missions over German-occupied France during
which it shot down at least five Luftwaffe aircraft.
After being deployed to Australia,
No. 457 Squadron was based near Darwin as part of No. 1 Wing RAAF
and intercepted several Japanese raids on Allied bases in northern Australia
between March and November 1943.
The squadron remained at Darwin and saw almost no combat during 1944,
but moved to Morotai and later Labuan in 1945
from where it attacked Japanese positions in the Netherlands East Indies
and Borneo as part of Allied offensives in these areas.

**Please note that RAAF-01D includes a hinged door,
which opens and closes.
This model does not include a seated pilot figure in the cockpit.**