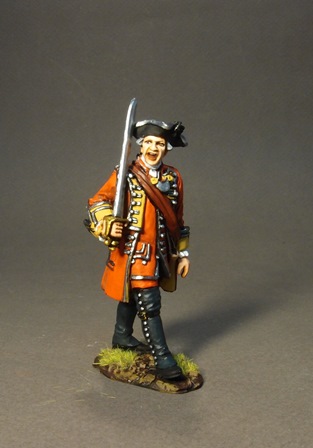 
The Louisbourg Grenadiers was a temporary unit of grenadiers
formed by General James Wolfe in 1759 to serve with British Army forces
in the Quebec campaign of the Seven Years' War.

Grenadiers from the 22nd, 40th, and 45th regiments
were brought together by Wolfe at the Fortress of Louisbourg
in Nova Scotia in preparation for action along the St. Lawrence River.
The unit was involved in numerous battles
during the months-long prelude to the Battle of the Plains of Abraham,
including the ill-fated Battle of Beauport on July 31, 1759.