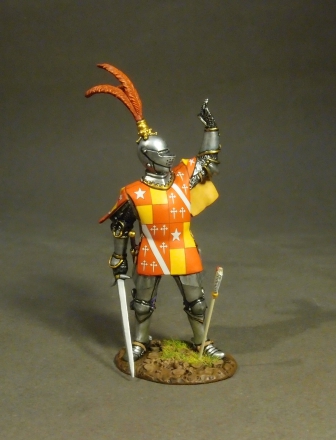 
THE RETINUE OF JOHN DE VERE, 13th EARL OF OXFORD


Henry recruited several experienced veterans
on whom he could rely for military advice and the command of his armies,
most notably John de Vere,
13th Earl of Oxford,
who was Henry's principal military commander.

Henry Tudor decided to commit most of his small
force into one single large division or “battle” and place it under the command of the Earl of Oxford.