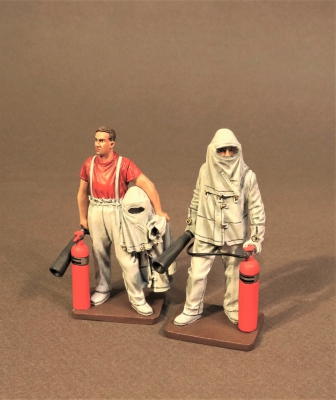 A U.S. Navy Aircraft carrier's deck crew exists to do one thing:
to consistently put aircraft into the air and safely recover them after they launch.
In order to make this happen, there exists a small army of flight deck facilitators,
and each individual has their own role primarily designated
by the color of the shirt they wear.

During flight operations,
fire fighters and crash crews usually had at least two men standing
by wearing asbestos suits as a fire rescue team.
These were nicknamed "Hot Papas",
and it was their job to literally pull men out of burning planes.