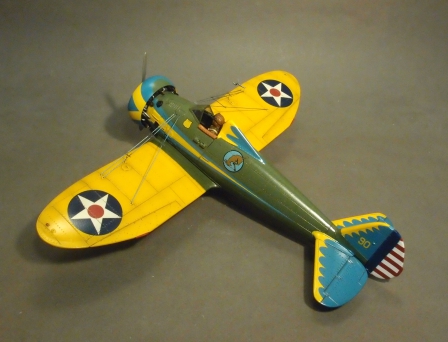 The third squadron in the 17th Pursuit Group was the 95th Pursuit Squadron.
They adopted light blue and yellow
as their squadron colours in the identical style as their sister squadrons.