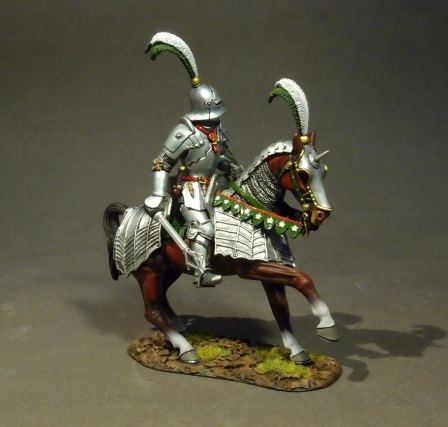 THE RETINUE OF HENRY TUDOR

Having not fought in any battles,
Henry Tudor was not regarded as much of a warrior.
Chroniclers of the period found him more interested in commerce and finance.
Having spent the first fourteen years
of his life in Wales and the next fourteen in Brittany and France,
Henry Tudor was therefore unfamiliar with the arts of war and a stranger to the land he was trying to conquer.
But he was known as being strong and decisive.