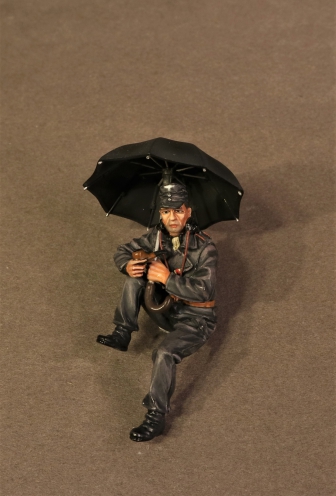 
The Panzer I was a light tank produced in Germany in the 1930s.
The name is short for the German Panzerkampfwagen I
("armored fighting vehicle mark I"), abbreviated PzKpfw I.
The tank's official German ordnance inventory designation was SdKfz 101
("special purpose vehicle 101").

f Lesson learned from the Panzerkampfwagen I provided the German designers
and manufacturers with valuable experience in designing
and producing the next generation of new panzers that were soon to come.
Although, Panzerkampfwagen I was not a truly valuable combat tank,
it proved to be an excellent training tank
and most of the panzer crews were trained on Panzerkampfwagen I
until the end of the war or operated it in combat as their first armoured vehicle.