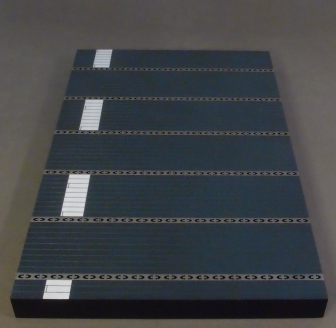 The Aircraft carriers during the second World War mainly had wooden decks.
The colour depended on the class of ship and when it was commissioned
It also depended on whether the ship received upgrades or had battle damage repairs.


To better camouflage the carriers from the air,
the decks were treated with a dark blue stain,
called “Deck Stain #21”.