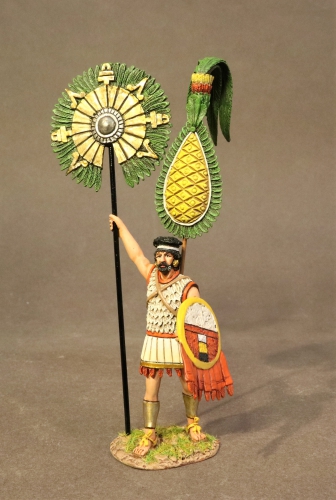 The banner is the Aztec national standard of Quetzalteopamitl,
which was an enormous fan of gold and quetzal feathers.