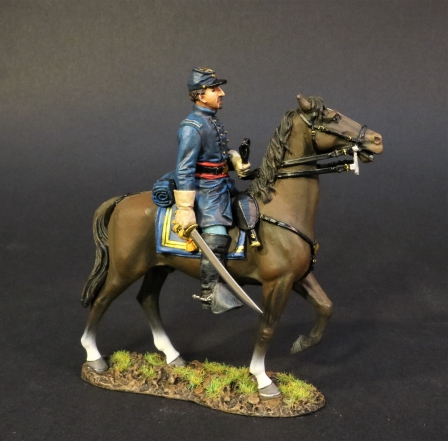 While other African Americans had since been granted the award by the time it was presented to Carney,
Carney's is the earliest action for which the Medal of Honor was awarded to an African American.

Robert Gould Shaw (October 10, 1837 - July 18, 1863)
was an American soldier in the Union Army during the American Civil War.
Born into a prominent abolitionist family,
he accepted command of the first all-black regiment (54th Massachusetts)
in the Northeast and encouraged the men to refuse their pay until it was equal to the white troops' wage.
At the Second Battle of Fort Wagner,
a beachhead near Charleston, South Carolina,
Shaw was killed while leading his men to the parapet of the Confederate held fort.
Although they were overwhelmed and driven back,
Shaw's leadership passed into legend with a unit that inspired tens of thousands more
African-Americans to enlist for the Union and contribute to its ultimate victory.